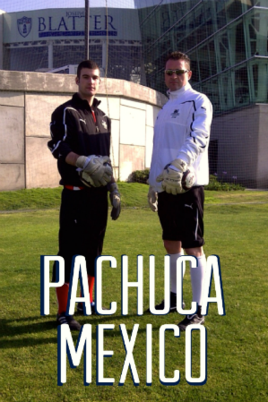 "IF IT WAS EASY EVERYONE WOULD BE DOING IT" 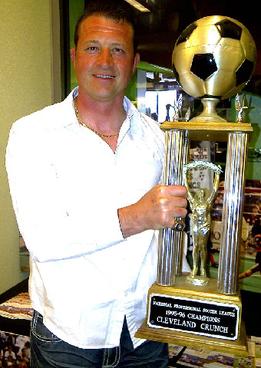 Stretching is a critical part of any athletic routine. We know that.

Improved Decision Making Capabilities
Brain teasers and strategy are a part of any game, including soccer.

In 1968, Denny was born in communist Romania, under the repressive, and often brutal rule of President Nicolae Ceausescu. The Securitate, Romania's secret police, arrested and jailed Denny's grandfather for speaking out against Ceausescu, which was not tolerated. Denny himself was beaten as a child by Ceausescu supporters. Denny, like most Romanians, suffered from Ceausescu's policies, which resulted in extreme shortages of food, fuel, energy, and medicine.

Denny thought that soccer might help him escape the poverty and violence. He immersed himself in the sport. Without access to a club, coach or even interested parent, he had to persuade older boys to allow him to play, learning as he did so. He watched every game he could find, and spent hours teaching himself the fundamentals of the game. His dedication and hard work paid off, eventually earning an invitation to play for the Romanian Youth National Team.

At 14, Denny and his family immigrated to the United States. Despite the culture shock, which included learning a new language, Denny continued to pursue his dream of playing professional soccer. He eventually earned a position with Metrom Brasov, a professional team in his native Romania. Upon his return to the United States, he earned a position with the Cleveland Force and then the Cleveland Crunch. In all, Denny was a professional goalkeeper for ten years and helped his team with two National Professional Soccer League titles.

During his playing days, Denny discovered his love of coaching while helping younger professionals as they began their careers. He eventually became the goalkeeper coach for the Cleveland State University men's soccer team, where he coached Brad Stuver, the first goalkeeper selected in the 2013 MLS Super Draft, who currently plays for the Columbus Crew.

While coaching at Cleveland State, in 2005, Denny founded the Ciornei Goalkeeping Academy. At the Academy, Denny emphasizes the fundamentals of goalkeeping by breaking down skills into their component parts, building one upon the next. This methodical approach allows young goalkeepers to recognize their own mistakes and self-correct.
Additionally, this process allows young goalkeepers to master each skill, giving them the confidence and foundation to eventually master the techniques needed to succeed at soccer's highest levels.

Career
Club team: Internationals U.S. Soccer Development Academy
High school: St. Ignatius high school
College: University of Cincinnati (2010)Cleveland State University (2011-2014)
HIGH SCHOOL:
Played at Saint Ignatius High School, where he earned four varsity letters...posted 48 shutouts which marked a new school and state record...set school records for most shutouts in a single season (19) and fewest goals allowed in a season (five)...Helped lead St. Ignatius to a state championship title in 2008 and finals appearance in 2009.
College:
Redshirted freshman year with the University of Cincinnati before transferring to Cleveland State university. Joe was trained and played side by side with Brad Stuver, the 2013 super draft first round keeper. Also Alec Farrell of Wake Forest, Max Hallwach of Notre Dame, Charlie Horton of Cardiff City (2014 US National Team Call Up). Danielle Wiseman of Miami University also a 2012 MAC Champion. During Joe's career at Cleveland State the accomplishments include, 2012 Horizon League Champions (first to do this in school history). Eliminated during the NCAA Postseason tournament against Michigan State.